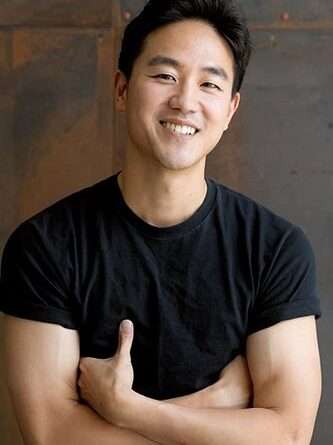 Some might think that Joe Seo started acting in entertainment recently, but it’s nothing close to that. He debuted back in 2006 and has been working his way up ever since.

After a lot of smaller roles he got his chance to shine with the role of David Cho in 2016′s film Spa Night. People will probably still recognize him best from the popular series Cobra Kai, in which he plays Kyler.

It’s been a pleasure being a part of the series and its helped introduce his talent to a wider audience. He has gained many new followers over the years!

Joe Seo is enjoying the journey he has been on so far and we’re sure the viewers enjoy following along. For those of you who would like to know more about Joe Seo, here are 10 things that you may not know.

He Started Acting As A Way To Escape

Joe is not typically the type of entertainer with a dream starting in childhood. He instead only started acting in high school.

In an interview with Asian Cinevision, he said “I, during my adolescence, did a lot of things which I’m not proud of. Honestly, when I was younger I just hated myself and other people and the fact that I could get away by acting provided me with an escape. It was a moment where I could be human and let emotions show because I had always been so raw and stoic. Since then, I’ve wanted to act.”

He Isn’t Really A Teenager

While Cobra Kai’s Joe might play a teenager on the show, that doesn’t mean he hasn’t been through his teenage years already. We don’t know exactly how old he is, but sources indicate that he was born sometime in the late 80s-early 90s.

Joe Seo might have been born as early as 1988 and could be in his early 30s, since he looks about that age in some of his old appearances.

Joe Seo is an avid fan of the arts with Acting being his favorite. He has, however, shown a lot of appreciation for music as well by posting pictures and videos ranging from jazz-pop to hip-hop and rap on social media: in November 2020 he shared a photo of Eminem retweeting the rapper’s work across different genres.

He Got A Full Ride To UCLA

Even though Joe’s parents were hoping that he would pursue another career, they helped him through his acting phase as a teenager. They wanted their son to become a doctor, and at first Joe seemed on board too. With a full scholarship to UCLA and the intent to study medicine, everything looked promising. It’s easy to see why he ended up graduating with a degree in anthropology instead 🙂

He Moved To Asia To Find More Diverse Roles

However, if you look at Joe’s acting credits, you will notice that most of his roles are from when he lived in Asia. After college, Joe decided to move to Asia for a few years.

The actor explained to NBC News, “I was in China, Japan, and Korea doing commercial work, a few shows here and there. I moved there not because I was getting more work but because of the different work you can do. You can be an athlete in Korea; you can play a lawyer.”

He Went To Theater School After College

After graduating from college, Joe Seo followed a more traditional path and began working in the finance industry. However, he always had a love for theater and decided to take it seriously. After enrolling in theater school and spending time abroad studying, there’s no doubt that he’s dedicated to his craft.

He Likes Interacting With Fans On Social Media

Joe Seo may not be the most active social media user or have the biggest following, but when he does get online he likes to take the time to connect with his fans. It’s fairly common to see him engaging with Cobra Kai fans on Twitter and he loves retweeting their posts.

He Was In Freedom Writers

We couldn’t find any evidence that Joe Seo has ever been an athlete, but he can still appreciate sports. Based on his Instagram activity, it’s pretty clear that Joe loves attending live sporting events, especially baseball games.

He Encourages Up And Coming Actors To Give It Their All

Joe Seo has always moved forward, no matter what obstacles popped up on his path as a professional actor. He understands the importance of hard work and perseverance and encourages everyone who wants to be an actor to do the same.